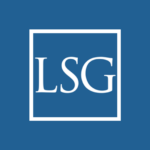 Mandell Menkes is pleased to announce that it elected John Fitzpatrick to its partnership in May of 2011.  Since being admitted to the Illinois bar in 2002, Mr. Fitzpatrick has successfully handled a series of complex litigation matters in forums across the country, devoting a significant portion of his time to trial work. The United • Read More »